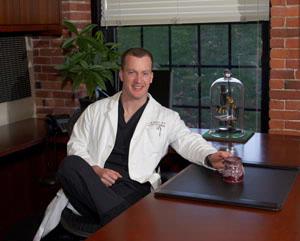 He graduated Phi Beta Kappa from Carleton College in Northfield, MN, in 1990 with a degree in philosophy. He went on to serve four years as an officer in the United States Marine Corps. During this period, he participated in Operation Restore Hope, Somalia.

Dr. Bouman also serves as a part-time clinical instructor at the Central Maine Medical Center Family Practice Residency Program. He lives in Freeport with Dr. Burns and their two daughters.